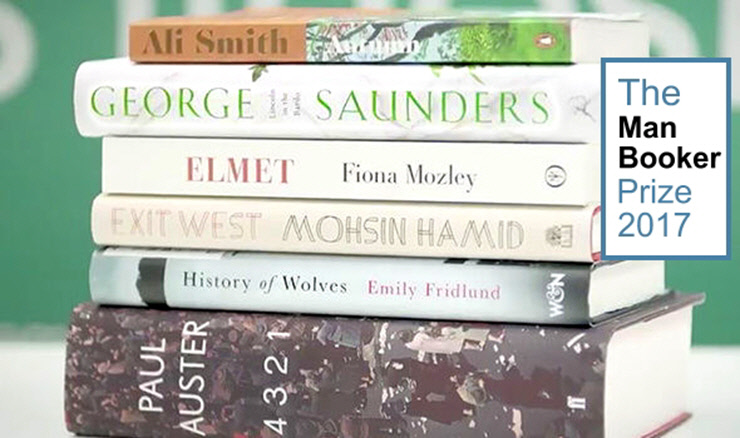 IN RECENT YEARS, since the geographical borders of Booker Prize were expanded to include any work of fiction originally published in English, a debate reignites every October, the month the prize is awarded. This year for the second time in a row, an American has won.

Last Year’s winner, The Sellout by Paul Beatty, an Afro-American writer, was seen as The Booker’s attempt to be broad-minded about cultural differences; whereas this year’s winner, Lincoln in the Bardo by George Saunders, set off a complaint that the prize was being Americanized. Saunders is white and has written about a snippet of American history: the death of Abraham Lincoln’s eleven-year-old son and his grief echoed in a chorus of souls whom the president encounters in a graveyard.

One could say on the surface that Saunder’s novel is a closer scrutiny of American history than Beatty’s which takes the broader view. And perhaps the more microcosmic novel is sticking in the craw of some of the more globally-minded Commonwealth writers who believe that great fiction demands a broader landscape. And yet a strong sense of place and a certain kind of laser-sharp specificity is what distinguishes American writing. This may be the reason why another US novel, History of Wolves by Emily Fridlund, considered a novel of suspense, also made the Booker Shortlist. Beautifully realized and exquisitely written, Wolves is considered by many to be a so-called “genre novel,” which makes its appearance on Booker shortlist all the more unusual. Genre novels – thrillers, mysteries, cozies, novels of suspense — are lumped together and nominated for their own prize in the US: The Edgar Award, which is announced six months after The Booker Prize and given a lot less fanfare. All-in-all three of the Booker nominees this year were American, the third being Paul Auster whose work is acclaimed even more in Europe than it is here. His nominated novel, entitled 4321 has received mixed reviews in the US.

I find myself siding with the Commonwealth writers who believe that the Booker should exclude Americans. I think American English is different than British English, which due to its long and close association with the Commonwealth nations, arguably has a greater influence on Commonwealth usage. We write differently than they do, and this is never more obvious than when books that are huge successes on one side of the pond don’t find any publishers on the other side who are interested in bringing them out. “Too English,” “Too American,” I’ve heard many publishers say and consequently writers for whom I have enormous respect have never gotten a decent publication in the UK and vice versa. It seems to me that we have enough literary prizes in America and I’d feel impinged upon if say, the National Book Award were to include books published here by British writers. If you are suddenly taking into account all the novels in the world originally published in English for a single prize, I think it becomes more of a challenge to dig deeper to find the true gems whose flash has, for one reason or another, not caught the eye of the general reading public.

You may also be interested in a post about Kazuo Ishiguro who won the Nobel Prize for Literature – The Spouse Behind the Great Writer.