I had the good fortune to read Elizabeth Strout’s Olive Kitteridge before most people, having been assigned it for review by The Boston Globe. I remember sitting with the galley on vacation in Florida over my winter break, often placing my finger on a page to mark my place before closing the galley to look up and ponder some poignant line or observation, or just to marvel at Strout’s brilliance. I’d read and admired her work before, but OK is, to me, her best.

But I took issue with the way her publisher had marketed the book as “a novel in stories.” No, I wrote in my review—it is, like Sherwood Anderson’s classic Winesburg, Ohio, a unified cycle of finely observed tales focusing on characters inhabiting a single town.  A collection of tales, no matter how closely the characters overlap or intrude on each other’s stories, 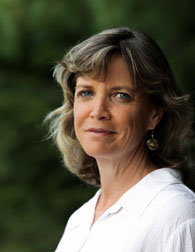 are not chapters contributing to a single narrative arc. A collection of tales does not a novel make.

“Linked stories,” to use the vernacular more in vogue now, is a better description. I’ve just finished writing a collection of these myself: independent, standalone stories with occasionally recurring events and characters, including a Russian fabulist writer most famous for her own story about a housewife who converses regularly with her sugar bowl. None of these stories depends on another for its meaning, although I do hope that my loose “links” do provide some Aha! moments of resonance for the reader encountering, as Love False or True goes on, a familiar name or setting.

Elizabeth McCracken, a fine writer of both, says that a short story is a blow to the solar plexus, whereas a novel is a lingering illness you might never recover from. These are two very different conditions, and they do not usually mimic one another. The first wants you to have to catch your breath a little, upon reading the final sentence. The second moves in a slow build toward an ending that makes you sigh. I’ve sighed at the ends of a few stories and gasped upon finishing a novel or two, but those are the exceptions. To invoke an alternate metaphor to McCracken’s, the two forms are disparate species within the same literary genus.

It’s an important distinction because as the marketing of Olive Kitteridge demonstrates, novels sell better than stories, but I’m not convinced that collections can’t make a comeback. To do so, stories need to be understood and celebrated for what they, uniquely, do: distill the experiences of their characters into an essence that will come sudden and sharp upon the reader, a fresh and welcome—if fleeting—scent in the otherwise ordinary air. 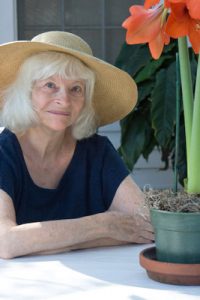 It’s a rare privilege to work with an author whose work you’ve admired your entire life.  This was the case with Alison Lurie, who died on December 3rd, 2020, at the age of 94.

I first read Lurie’s novel, Foreign Affairs,  as a young man on an airplane crossing the Atlantic.  I’d heard that it involved love affairs between  American and English academics, and thought what better way to prepare myself to enter a foreign country.  They may speak our language in England, but the customs and attitudes there are different–foreign by a considerable degree.  Lurie was able to capture the nuances of these differences and, I imagine, was helped by the fact that she spent part of every year in a part of London called Maida Vale.

Many years later, when I learned that Alison had a manuscript reflecting her views of architecture on offer, I contacted her agent.  I’d heard the book was called The Language of Houses and at once realized it was probably a follow up to her famous book, published in the 70’s called The Language of Clothes, which is a delightful disquisition on fashion. After acquiring the new book, I worked closely with Alison on its content and was delighted that a revered and established novelist such as she was not only open to my editorial suggestions, but actually followed most of them.  Once published, her book delighted critics and readers alike, and she was called upon to comment upon the architecture of various American cities. The Language of Houses has already appeared on the syllabus of college courses seeking an introduction to architecture by someone with a gimlet eye, someone like Alison Lurie.

Alison was one of the few writers I met who would go to great lengths not to talk about herself.  It wasn’t because she was pathologically private; on the contrary. “I know my own life,” she would say, “And because I know it, it’s not interesting to me.  I’d much prefer to learn about other people.” Rare among writers, most of whom would prefer to talk about themselves and their ideas and, perhaps to a lesser degree, their work, Alison was genuinely curious. She asked a lot of questions, candidly commented on the answers, and gave her opinion about what she heard or suspected she didn’t hear about and still wanted to know.

She was blunt in conversation, she was sometimes ornery, but these qualities were accepted, even appreciated by people who knew her well enough to know that she had no tolerance for artifice. This intolerance extended to her view of contemporary literature as well as to other acclaimed writers whose work she not always admired.  She was part of a group of writers who spend part of every year in Key West, and was generous to them as well as the literary community.  The last time I saw her was at her home there, when we were having an editorial discussion about her most recent book, called Words and Worlds, the paperback of which was published earlier this year.

Although it is populated with essays about literature for children and young adults with disquisitions on Harry Potter, The Chronicles of Narnia and the real story behind Pinocchio, the book begins with a very personal account of what life was like for a student attending Radcliffe during the second World War. Lurie explains that women who took co-educational classes were expected to remain quiet and defer to men; they were also expected to knit garments for the war effort.  There is another touching essay about Lurie’s first attempts at writing and how she was discouraged, not just by her own early failures, but also by people she knew who doubted her talent. She goes as far as to describe a moment by the Charles River in Boston when she was seriously considering giving up.  But obviously she persevered.

The book also turns on her various friendships with other writers and artists and intellectuals like Barbara Epstein (who launched the New York Review of Books), the famous cartoonist Edward Gorey, as well as her friendship with the poet, James Merrill.  What these essays reveal, beyond indelible portraits of these noted friends, is the author’s capacity for friendship, her devotion to it, and how she reaps the benefits as we, the reader, reap the benefits of her careful and measured observations.

Worth noting is the last essay of Alison Lurie’s most recent book that discusses how, having once been a fashionista, she, after passing the age of sixty, felt liberated to no longer care about tarting up in order to keep up.

“Already I had saved the two hours a month I had spent trying to turn my hair into a dull imitation of its original color and then cleaning up the mess in the sink afterwards. Next, with my husband’s encouragement, I saved more time by throwing away my makeup. Powder and foundation and eye-shadow tend to cake in wrinkles, and an aging woman with bright-red lipstick, especially when it has leaked into the little, otherwise invisible lines around her lips, can look like an elderly vampire, or worse. She can become the sort of terrifying figure that the Ancient Mariner saw on the death-ship:

Some of my friends made similar changes, all individual and all in defiance of Fashion. One gave away all her skirts and went into pants and jeans for the duration; another disobeyed the rule that dresses are now for formal occasions only and began sewing herself loose-cut casual smocks and muumuus in an unfashionable mid-calf length: she is a serious gardener, and points out that it is much easier to wash your knees than to wash a pair of slacks. Another friend decided that she would simplify her basic wardrobe to basic black, with accents of purple or green or scarlet.

All of us realized with joy that we could now wear whatever clothes we liked best. There was only one rule: we had to be reasonably neat. It may be true that, as the poet Robert Herrick put it, “a sweet disorder in the dress / Kindles in youth a wantonness,” but in old age what it kindles is the suspicion that you are starting to lose your mind. Spiky, confused-looking hair of the sort that goes to fashionable clubs, ragged hems, torn-up jeans, and unraveling sweaters no longer look appealing. Realizing this, even the most charmingly untidy of my friends have now reformed. We do still see some unfortunate contemporaries who haven’t learned this rule—and also, alas, some who are still worshipping at the altar of Fashion, who has forever turned her back on them.”

This writing is vintage Alison Lurie, who, despite what she says above, aged gracefully and was as sharp at the age of 94 as she was at the age of 58 when her novel, Foreign Affairs was awarded the Pulitzer-prize for fiction.