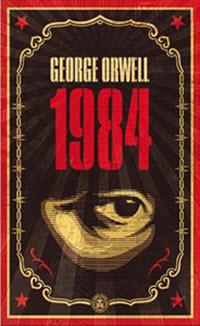 Everyone in high school read 1984, the great dystopian novel by George Orwell. It was required. And while my own reading of that novel came within a few years of the actual date in the title, I didn’t think the book was necessarily prescient. It turns out that Orwell was an author whose work ripened into relevance the longer it lasted.

Most literature isn’t good enough to be timeless, but Orwell’s has endured. 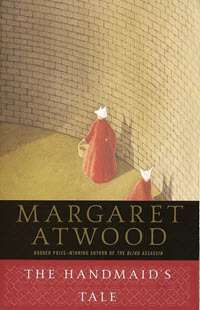 It was the same scenario with Margaret Atwood’s The Handmaid’s Tale, a novel about the total subjugation of women in an advanced society. When it was published in 1986, the novel seemed inventive and provocative but not necessarily relevant. Thirty years into the future, when the world’s various established political and social orders seem about to implode upon themselves, the novel’s invention seems urgent and uncannily timely.

This, perhaps, is why after all these years it has been made into a miniseries and is talked about in terms of the present political situation. 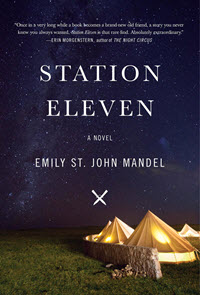 In their day, Orwell and Atwood’s dystopian fiction was considered outlier fiction. Since then, they have inspired a whole fleet of contemporary dystopian novels. Many of these novels have been written by writers who live in countries where some human rights have been repressed, but not always.

Certainly, not in the case of Emily Saint John Mandel who is from Canada which is among the most civilized countries in the world. She wrote the best-selling dystopian novel Station 11.

Delphinium’s own Bina Shah, author of the searing novel A Season for Martyrs, a novel that floats between the myths of Sindhian Pakistan and the last three gritty months of Benazir Bhutto’s life, has written a novel called Sleep, a novel about a future society in East Asia where the majority of women have died off and those who remain are saddled with several husbands, a crushing and overwhelming fate that causes many women to live underground. As one reads Sleep, such a world seems not only possible but possibly imminent.

The task of the dystopian novel is after all to present a totally different civilization that seems eerily possible to evolve in the near future.

Here is another blog post about an upcoming dystopian novel from Bina Shah that you may be interested in.