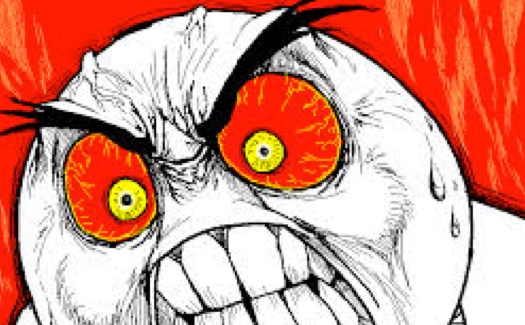 In my spare time, when I am not reading manuscripts, I am reading a wonderful memoir called H is for Hawk by the English writer Helen Macdonald. The book distinguishes itself from most memoirs of grief because it focuses on an activity — falconry — and relies on this fascinating pastime to give the reader a profound understanding of the author’s loss of her beloved father. Along the way, Macdonald gives us a fascinating history of falconry. She shares some of its lovely terms used such as “bating”: when a hawk or a falcon flaps its wings nervously or angrily. Reading this memoir is a welcome change from some of the other memoirs floating around about dying and dead parents. There’s yet another one out by another book editor talking about his (what else?) dying mother. I guess nobody told this guy that the definitive memoir-by-a-book-editor-about a dying mother has already been written and is, as far as I am concerned, nonpareil. That lovely, nonpareil book is The End of Your Life Book Club by Will Schwalbe. Like Helen Macdonald, Will Schwalbe achieves power by talking about a favorite pastime: in his case reading literature with his mother as her life is fading out.

What I love about H is for Hawk is the author’s willingness to reveal her unbridled rage. She rages at losing her father. She rages at herself for choosing a rare life of scholarship and falconry, neither of which are practical professions. And sometimes her rage spills over and scalds the people around her who have chosen a more conventional path. Macdonald is charmingly unafraid to show herself as prickly and disagreeable. During the course of the memoir, her tenure as a research fellow at Cambridge comes to an end. She is forced to move out of a house she loves and, pet goshawk in tow, housesit a suburban monstrosity. She’s Idealistic, often impractical. Despite the fact she has very little money, no means of income, Macdonald turns down a teaching job at a German University because it interferes with the training of her goshawk in the wilds of Buckinghamshire. She is hard on herself about everything: about her scholarship, about her intellect, about her ability to train her goshawk — and this transmutes into what often seems like free-floating anger.

Reading about Macdonald’s anger got me thinking about writers in general. Many of us struggle with it. Ours is a tough and very competitive profession, and even those at the top of the heap still expect more from it. Being a successful writer might be applied to the old axiom about having money: most rich people would like to be even richer.

Rage. How many writers would actually admit to struggling with it? Mary Gordon, a writer I greatly admire, once was on a television panel with a bunch of other writers. She said to the group, “Come on, isn’t there anyone else here who has struggled with homicidal rage?” There was stunned silence and nobody answered. I thought this was so brave of her and so true.

Recently I happened to be walking down the street where a very famous novelist lives. Just ahead of me was a person going from doorstep to doorstep leaving takeout menus. When this fellow reached the novelist’s house, the door flew open and there was the celebrated writer hurling an unprintable curse at this poor man: “I told you not to leave menus at my door! What the **** is wrong with you?” This particular writer is the toast of the literary world; why is he so pissed off?

I guess the question is: are serious artists more often than not angry people? it would seem so. Is this because we don’t answer to other people in a corporate structure on a day to day basis? Does living in the rarefied world of our own thoughts and visions while trying to distill these into something fine create anger and frustration as a by-product? Maybe. After all, writing a novel or creating a masterful piece of art, while fulfilling to the creator, is not exactly changing the world. It’s not like brokering a peace accord, or even doing a biographical study to give a more concrete understanding of some person of high achievement. Let’s face it: art is often regarded as window-dressing, especially these days. There is always the next book by the next wunderkind. There is always the next song that worms its ways into the heart of the ordinary listener. There is always the next multi-media artist taking New York by storm. Think of all the one-hit wonders who flashed brilliantly into the public eye, quickly to be forgotten. They’re still out there. They may have some money in the bank, but the limelight has long since faded. Now, just like everybody else around them, they are soldiering on in obscurity. And it’s precisely the specter of this possible end in obscurity that many successful artists fear and often (mistakenly sometimes) believe is happening to them. The menu of plain old ordinary life just might be lying on the doorstep. It’s enough to make one furious!