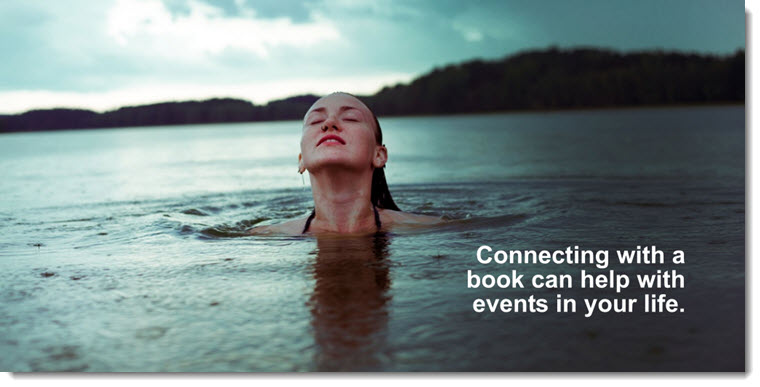 In all the years I’ve been doing book signings and appearances, I’ve had a few eerie moments. The most usual is a person coming to an event merely because there is an event. They have absolutely no interest in the book or its author. They may be attracted to the makeshift arrangement of chairs. Perhaps they think there might be a giveaway or free wine and cheese after I get done with my spiel about my book and why I wrote it.

However, some people who come have connected with the book in a very powerful and meaningful way.

It’s always great when somebody with no connection to you at all except your book appears to tell you how much the book means to them. This is obviously gratifying and it reaffirms just why you are writing to begin with. One time years ago when I wrote a novel based on a true childhood experience in which I’d witnessed a drowning, a woman approached me after my reading to tell me that she, too, had witnessed a drowning and that my book had helped her deal with the trauma as well as the feelings of responsibility she had toward the person who struggled and died right before her eyes. For many years, she said, she couldn’t bring herself to swim. However, when she read a line in my book in which the character who witnessed the drowning said that he became a  strong swimmer in order to conquer his fear of the water, she was finally able to enter a swimming pool.

But perhaps my most unsettling experience with a reader or potential reader happened recently at a book event for my novel Black Diamond Fall. This occurred at an independent bookstore in Albuquerque, New Mexico. I spent much of the event describing how I came to write the novel. The novel is based on the disappearance of a Middlebury College student. His body was eventually found at the bottom of the Otter Creek, the river that runs through Middlebury, Vermont. My understanding was that the student came from Arizona. I’d been saying this in interviews and talks I gave about the book. In fact, he came from Albuquerque, and I learned this when a young man who came to my Albuquerque event sat in the front row and approached me afterward to explain that the student on whom I based my novel was actually his best friend.

I was flabbergasted at first but then quickly felt sad. Here was somebody who’d actually lived through the event I’d fictionalized. Now, so many years later, he was looking at me with a mournful face. He was still mired in the loss. Talking to him, I felt as though I might have opened up an old wound. I was forced to reckon with the idea that bringing a tragic event back to life you are giving it new resonance and meaning. This may not necessarily be in a positive way. I thought about the television interview I’d done earlier in the day. It made me realize that perhaps the young man’s family might have heard about it. I cringed at the idea of causing them pain. And I realized that we, as writers, sometimes forget that the stories we tell might painfully intersect with the narratives of other people who have lived through a tragedy and are trying to cope with it at the same time they are continuing their own lives.