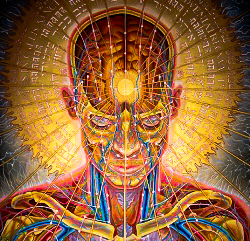 I recently posted on Twitter and Facebook an essay by Oliver Sacks that described his end-of-life struggles (invariable for us all), recounted with bittersweet resignation. Sacks expressed his gratitude for being given a life of rewarding work as well as the unusual aptitude to understand the complex, mysterious and often misconstrued workings of the human brain.

His books, chronicling the stories of his patients with unusual brain activity, are touching and fascinating. As he gently navigates the complexity of each individual case-study, Sacks strikes notes of universality. While we may never live through the obsessions and cerebral irregularities of Sack’s patients, we come to see our own lives reflected in their struggles. We don’t necessarily feel better to have been spared, but rather appreciate the great bodily symmetry that good health requires.

What strikes me most about Sack’s choice of subjects is that, despite their neurological impairments, his patients end up having some kind of transcendent experience that makes them greater, more compassionate people, gives them an overview of life that perhaps they never would have had, the sort of overview that Sacks, having been intimately involved in their care, developed as the result of his interactions with them. Sacks is one of a vanishing breed of compassionate doctors who interview the patient without scrambling to get all the information down in a laptop computer. He knows that he has to look the unwell in their eyes and carefully listen to their medical histories in order to cultivate a divine understanding of what has happened to them.

Shortly after I read Sack’s essay, I visited a museum in Baltimore called The American Visionary Art Museum whose founding principle is art made by untrained practitioners who, at some time in their life as the result of an injury, a stroke or a dream, underwent a sort of epiphany that propelled them into a life of creative virtuosity. The galleries and halls are filled with demiurgic images that manage to be grounded in truth or reality. The narrative of the artists at this museum could be outtakes from a Sack’s book: one of them, Jason Padgett as a result of having his head kicked during a mugging and developed “acquired savant syndrome” a genius for mathematics, an appreciation of the beauty of numbers that he expresses in “fractal” drawings of magnificent intricacy and precision.

Like Sack’s patients, the artists showcased at The American Visionary Arts Museum, come to inhabit the better, more enlightened part of themselves, and this is what makes reading about them and viewing their creative output so inspiring. They may not be as celebrated or revered as somebody like Jeff Koons, but I would argue that they have evolved to a much higher level of humanity. In the end, isn’t that what really counts?

The evolution to a higher level of self-awareness is underscored by Michael Pollan in a recent New Yorker article in which he describes a trial study at New York University: cancer patients, many of them terminal, are administered psilocybin in a controlled environment. The psychedelic experiences of each patient are made therapeutic by the presence of two trained guides who help navigate the anxiety and fear that often accompany the beginning of an hallucinogenic episode. The majority of the patients describe in great detail colorful, chemically induced worlds in which they face their cancer, see images of the end of life, encounter other people who already have died, and this brings them a profound sense of comfort and acceptance. In many cases their subsequent death becomes a transcendent experience that their loved ones willingly share and come away from, uplifted.