A Memoir by Peter Wolf 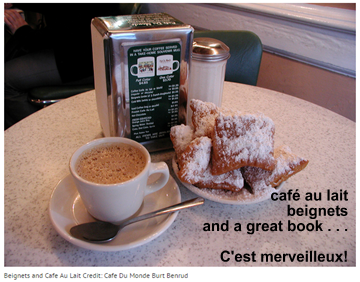 You will understand what really happened to New Orleans when Hurricane Katrina devastated the city, the worst natural disaster in the history of America, in a way you have never imagined. Not the news story, but the real story.

You will be guided to the best restaurant in America, Mosca’s, ten miles out of town in the nearby swamp. And you’ll meet Johnny Mosca, find out what to order and why, and become aware of the generally unrecognized connection of the founding of this creole-Italian roadhouse emporium of culinary delight to the mafia underworld that once had such a strong hold on the city.

You will come to understand Mardi Gras as so much more than a street celebration with brightly decorated floats whose krewe riders throw beads and trinkets to the imploring massed curbside throng. You will find out that this is the manifest and disguised tip of an old entrenched social hierarchy that has long dominated the power centers of New Orleans, and how racial and social discrimination lurk behind the gaiety.

Most of all you will get to read an intimate, coming of age story of a shy boy from the south who ventures to Exeter, to Yale, to Paris and to New York who eventually becomes a noted urban policy expert, architectural historian and writer. My New Orleans is a portrait of a generation as well as a portrait of America in the mid-twentieth century.

A New York Times bestseller: A “charming” memoir of growing up Jewish among New Orleans high society—and finding a place in the bigger world (Winston Groom, The Wall Street Journal).