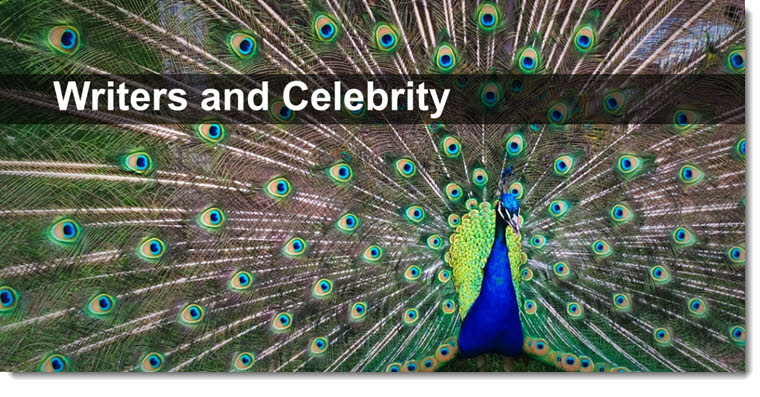 Whenever an author publishes a book, perhaps the best form of publicity is a profile written in a national magazine that is devoured by avid readers. I read one of these profiles the other day and was struck by the fact that the journalist who wrote the piece positioned the writer to come off like some kind of off-beat genius.

Indeed, during the interviewing process, the word “genius” was used to describe this writer, who, I must say, seemed very comfortable with the title. It was yet another one of those situations where a writer is being made into a celebrity and, I’ve said this before, book publishing and its most well-known authors more and more resemble the creatures of Hollywood.

In the old days, before social media and three-dimensional publicity-machines, an author could afford to be humble about craft and do the requisite interviews whenever a book of theirs was published. Nowadays, except for very few cases, an author has to flog their output, their reputation, and make their presence known online, and their publishers don’t rest until they find an angle that will secure a major interview with a major publication. I honestly can’t help wondering how many writers the national magazine decided to pass over to make room for the writer everyone was calling a genius. It makes me want to do research to see if great writers such as Updike and Roth were ever called geniuses so early in their careers.  The difference between now and fifty years ago is that the present day public feels the need to declare genius.

Back to humility. That used to be a prized virtue when it came to people of accomplishment. Now, it is thought that there is no place for modesty in any of the arts and that any display of modesty threatens to short-circuit the possibility of having a successful career. This is a sad state of affairs for one major reason. The act of creating requires, or more specifically, facing a blank page requires the writer to reckon with the fact that what they are about to set down might be a failure. This means putting your persona aside and before beginning a new work, grappling with the idea that every—even the greatest—artist has to face the limitations of their talent and this requires an honest reckoning that fame threatens to obscure.

Here is another blog post you may find of interest.

Writers in the Culture of Celebrity