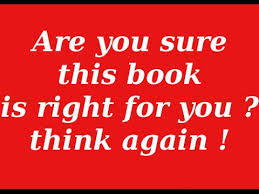 I am rooting for the female novelists. If most of the die-hard novel readers are women, then surely women writers should always be occupying the top tier of the fiction best seller lists. They should be able to wrestle the #1 and #2 spots away from the likes of John Grisham and James Patterson. Before the ascent of Paula Hawkins, we had Gillian Flynn and it seems to be no coincidence that Hawkins’ The Girl on the Train and Flynn’s Gone Girl have “girl” in their titles. Both novels are marriage thrillers, suspense fiction that takes a foundering marriage as its central conceit.

But the difference between the two novels is that Gillian Flynn escapes stereotype by creating a female narrator who, while not always reliable, is ferocious. Amy can hold her own against her husband or any man for that matter. And while she morphs into a bit of a monster, arguably she is a powerful monster. Not so Rachel, the heroine of The Girl On the Train. Rachel is shockingly stereotypical: a jilted, self-loathing, weak-willed, jealous woman who cannot even begin to take responsibility for the toll that her self-destructive drinking has wrecked on her marriage. The novel is basically how Rachel injects herself into the murder investigation of a woman she has seen from the window of her London-bound train, a woman who has captivated her because she happens to live on the street where Rachel used to live before her husband dumped her.

The Girl On the Train is alternately narrated by Rachel, the murdered woman and (a major misstep) by the woman with whom her husband had an affair and subsequently married shortly after Rachel was given her walking papers. Each of these women is portrayed so stereotypically that I find myself looking for blogs or angry reviews — by women readers — complaining about this. I did find a few, and yet whether or it it reinforces stereotype, this book has been wildly successful.

Its success is perhaps partly due to the fact that it is possessed of a certain kind of emotional rawness that I imagine many readers find appealing. It is also a dark tale that lays a false claim to an emotional and psychological depth that is never more apparent than in the denouement when the principle characters (except the dead woman) come together.

What happens ultimately isn’t really believable. I think the reason is simple — and this where we get down to some basic principles of fiction-writing. For this reader anyway, the author has never brought any of her characters to life, or given them enough life to tell her what they yearn for and what motivates them. Many writers claim that once they truly bring their characters alive, these characters tell them what they want and what they’re going to do. Then the writers themselves become the captive audience that later on will be comprised of their faithful readers. This sounds a bit simplistic, but there is something to it. When writers rely solely on themselves to create plot and motivation and conclusion, the results often feel forced as they do in The Girl on the Train.

That said, big violent emotional scenes are the most difficult to pull off, and even among seasoned writers, the failure rate is high. For me it’s rare to read a book, especially a book of sensation or suspense and find all the shuddering big moments credible. But Hawkins makes elementary mistakes. If one character has just barely escaped being strangled, she shouldn’t be looking around the room, noticing objects or hearing the pitch of the wind outside. Trauma narrows the focus to a very elemental realization of: this could be it; wow, this really could be it! I was once canoeing in early April in Vermont and capsized into a raging river with a water temperature of 35 degrees. The shore looked far away, and in the shock of the cold, barely able to move my limbs, I had this numbing thought that I just might not make to the bank. There was no room for thinking about anything else: not about people I wouldn’t be able to say goodbye to, not the trees on the shore flushed with wind, not the thought that the english muffing I had earlier in the day was my last meal.

The other disconcerting element of The Girl On the Train is the view of alcoholism. Even though some of the characters bridle at the heroine’s drinking problem, you can tell that drinking to excess is a pastime that is woven tightly into British culture. That it destroys lives and memory and reliability is a bit too easily accepted over there. I imagine British readers don’t condemn Rachel or view her quite as pathetic as we Americans probably do; and yet it’s hard to be close to a character who is constantly suffering blackouts and self-indulgently drinking to dull her pain. If there is going to be an addict on the page, I like to see a real struggle with the addiction, itself. Otherwise we just have another addict climbing on and falling off the wagon. And while many — perhaps most — addicts can be incredibly charming, Rachel is not one of these. She wallows in so much self-abuse and self-pity that when she finally comes into her own and takes control of a situation spiraling out of control, you just don’t believe she is actually capable of it.