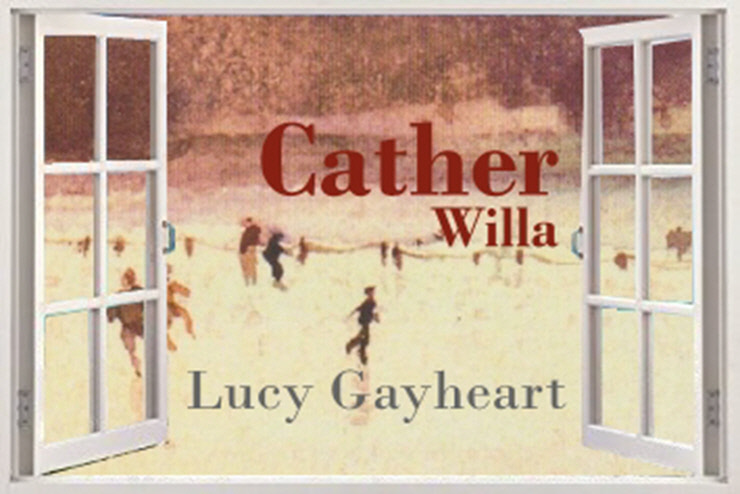 SOME TIME AGO, I realized that my strongest memories of a particular moment in my life were almost always illuminated by a novel I happened to be reading at the time. For example, I remembered being in a music class when I was twelve years old and a teacher who’d watched over a boy whose life was already marked by tragedy.

Somewhere in the background, moving like a planet, was Willa Cather’s novel, Lucy Gayheart, that I’d picked up by chance in the school library. I couldn’t understand why I always thought about Lucy Gayheart when I remembered that sad and gifted boy. So I wrote a story to find out why.

Soon other pieces followed. The narrator is plunged into her life as a young married woman in Nigeria, a new mother in France, when a novel—Achebe’s Things Fall Apart, James’ Portrait of a Lady, Flaubert’s Madame Bovary or Bernanos’ Diary of a Country Priest—falls across her path and she finds in its pages some shattering version of her own experience. I set out to explore why the novels I read during those years in places foreign to me had served, in Kafka’s words, “as an ax to the frozen sea within.” Now I’ve gathered them together with a final story about reading Proust’s masterwork to an aging friend who’d lost her sight, the writer, Diana Trilling, and the intimacies that reading inspired.

As an adolescent, I was terrified that because I read all the time I was doomed to do nothing but imagine other peoples’ lives rather than live my own. So that’s a thread that runs through the memoir, the fear of the unlived life. By putting the pieces together into a book I could see that my terror had both been justified and had not. Yes, I would live in books, but they would alert me to both happiness and despair, in my own life and in others’. They would urgently pose over and over again the questions of what it is to live, what it is to love. To reckon with the life that was actually mine.

This is a memoir built around stories of how novels have infused my life, of the difference they have made. I know many many other readers have stories of this kind.

By Kathleen Hill, author of She Read to Us in the Late Afternoons, A Life in Novels