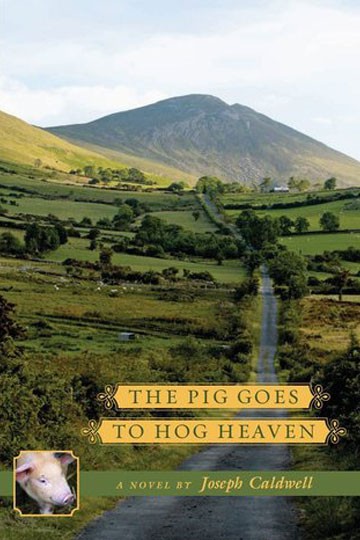 Of The Pig Goes to Hog Heaven, the third and climactic entry in Joseph Caldwell’s charmingly boisterous Pig trilogy, one might well repeat the most famous words of the great non-Irish wordsmith and baseball catcher Yogi Berra, “It ain’t over till it’s over.” Kitty McCloud, the trilogy’s leading lady, would let these words stand, even were she a corrector of aphorisms rather than of great literary works by the likes of Bronte, Hardy and Eliot no less, writing new versions of which she makes her outsized best-selling living. For in Mr. Caldwell’s new comedy, almost nothing seems to be over—disappeared characters rematerialize, romances that seemed dead spring back to life, and even Taddy and Brid, Castle Kissane’s comely spirits, find new meaning in Yogi’s remark. And the pig, ah, the pig! The pig who started it all goes wee wee wee all the way—um—home.