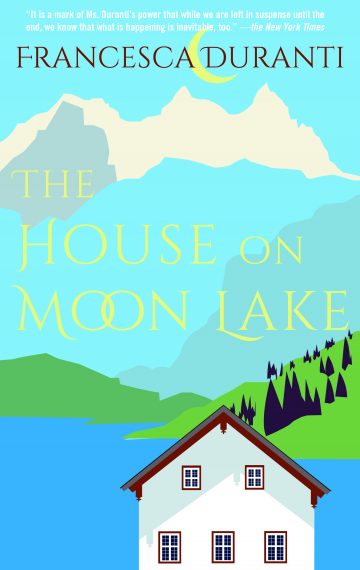 Fabrizio Garrone is an impoverished but aristocratic translator who has been living a life of quiet desperation in Milan. He feels underappreciated and tormented by a persistent sense of having been cheated by life. But when he reads about a lost Viennese novel — The House on Moon Lake — in the journals of a late esteemed literary critic, he dreams that this project will put him on the cultural and literary map, and finally bring him the accolades that have eluded him.

Fabrizio journeys to Vienna, tracks down the book, and translates it, and in so doing embarks on a nightmarish search for the truth behind the events depicted in it, as well as for clues about the tragic life of its forgotten author. When asked to write a short biography of the novelist, Fabrizio must invent details missing from the last three years of his subject’s life. The resulting biography is a publishing phenomenon. But the repercussions for Fabrizio are profound: he becomes the willing victim of a person he had thought to be fictional.

An internationally acclaimed best-selling novel, Francesca Duranti’s The House on Moon Lake “should be read alone, at one sitting, in the presence of teeming bookshelves, so that the ghost of literary artifice can hover as you read.
― The Washington Post

It is a mark of Ms. Duranti’s power that while we are left in suspense untl the end, we know that what is happening is inevitable, too.
― The New York Times

Like many gifted writers, Francesca Duranti illuminates the society about which she writes –contemporary Italy– with all the contradictions, illusions and hope. With rare skill [she] takes the ordinary pieces of Fabrizio’s life and creates an Italian mosaic, a mystery thriller of possibilities.
― The San Francisco Chronicle

The narrative is lively, then dreamlike; the writing is musical in its balance and variety.
― The Los Angeles Times

Moved as I was (in suspense, hanging from page to page, from beginning to end, all the way to the heartrending denouement), I was traveling in another time and in a new light, the same beloved, familiar, infallible fictional pathways discovered by Henry James.
― Giorgio Bassani Francesca Duranti is the author of many critically acclaimed novels and the winner of several of Italy’s most prestigious literary awards. She lives in Lucca, Italy.  The House on Moon Lake is an international bestseller.