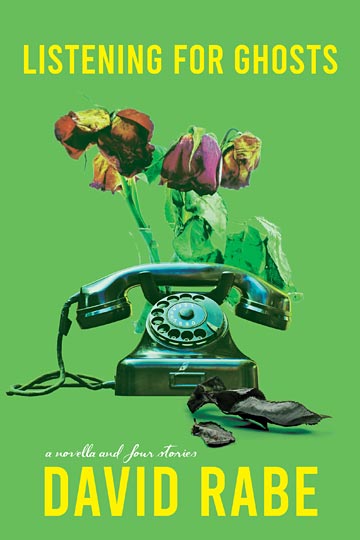 Four stories (three of which appeared in the New Yorker) and a novella bring wit, compassion, and dizzying absurdity to facing life and death across generations. In “Things We Worried About When I Was Ten,” carefree boys running in apparent midwestern freedom are revealed to be as uncared for by their overburdened parents as they are carefree. “The Longer Grief” is a slow-motion explosion, as one moment in time propels shards of reckoning through a brother and sister, their shared history, and those they hold dear. In “Uncle Jim Called,” a man cooking stir fry answers his ringing phone to find the dead calling. “Suffocation Theory” slyly depicts our off-kilter and increasingly apocalyptic world. In the novella, “I have to Tell You,” Emma, nearing eighty, along with other elderly tenants in her midwestern apartment complex, seeks fairness from a conniving landlord. When an emergency stay in the hospital brings her face to face with looming injustice, she finds herself suddenly burdened with two mysteries to solve. She may never get to the end of them, but she is determined to do all she can, and maybe more than anyone expected. These stories show the author in top form as an incisive chronicler of the torments, pathos, and sometimes joys of being human. They are full of bite, wit, and ingenuity, and like all his classic work, they are powerful and timely.

“Suffocation Theory,” appeared in the October 12th, 2020 issue of the New Yorker. The New Yorker published two other stories, “Uncle Jim Called” and “Things We Worried About When I Was Ten,” the latter a winner of the 2021 O. Henry Prize and is included in the most recent O. Henry collection, published in September 2021 and edited by Chimamanda Ngozi Adichie. The story “The Longer Grief” was awarded a first prize in the Narrative Story Contest (August 2019).

Praise for David Rabe’s previous fiction DINOSAURS ON THE ROOF

David Rabe is …one of America’s most celebrated contemporary playwrights. Darkly comic, painstakingly observed, Dinosaurs on the Roof raises all the right questions about life, sex, death, faith, and survival in an increasingly unforgiving world.
―Pam Houston, Oprah Magazine

Dinosaurs on the Roof” shifts with great dexterity from comedy to pathos, from despair to poignant recollection; it is imbued with an off-kilter lunacy… But Mr. Rabe’s point is not to ridicule the hayseeds, at least not any more than he’d ridicule anyone else for being human. On the contrary, kindness and warmth suffuse the way he regards and inhabits his characters. Their fears, their failings, their myriad bodily weaknesses — hunger, thirst, lust, addiction, incontinence, fatigue — earn his compassion.
―Laura Collins-Hughes, New York Observer

Rabe’s portrait is multi-dimensional and engaging…he reveals himself to be as gifted a novelist as he is a playwright…Above all, Girl By the Road At Night is a modern tragedy in which the war…becomes a metaphor for cruelty and injustice, for fate itself…a masterpiece of compression.
―Philip Caputo, New York Times Book Review

This is a sharp-edged boy-meets-girl story complete with longings of the heart but stripped, as Rabe’s plays are, of the conventional war-story veneer.
―Laura Collins-Hughes, Los Angeles Times

From the gripping immediacy of Rabe’s imagery, it’s clear that the nightmare of Vietnam remains fresh with him…the story is told hauntingly…
―Boston Globe

Returning to the subject matter of his 1970s Vietnam War plays, Rabe presents, in some ways, a simple story encompassing a small number of scenes and elements, yet it’s rich with underlying ironies and complexities.
―Library Journal

Rabe never romanticizes his characters. This is no Romeo-and-Juliet story of unrequited love and desire. Instead, Whitaker and Lan play out their roles in both tender and brutal ways. A powerful statement about sex, war and identity.
―Kirkus Reviews 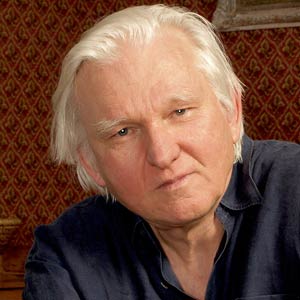 David Rabe was born in Dubuque, Iowa.  Drafted into the Army in 1965, he was stationed in Vietnam in a Medical Headquarters unit. Discharged in 1967, he returned to Villanova University to study theater under Richard Duprey, Robert Hedley and Jim Christy. Many of his early plays were written during this period. The Basic Training of Pavlo Hummel was his first play performed New York in 1971. It was followed by Sticks and Bones, The Orphan, In the Boom Boom Room and Streamers. Other plays include Goose and Tom Tom, Hurlyburly, Those the River Keeps, A Question of Mercy, The Dog Problem, The Black Monk (based on Chekov), An Early History of Fire, Good For Otto, Visiting Edna and Cosmologies. Four of Rabe’s plays have been given Tony nominations as best play on Broadway. Other prizes and recognition include: American Academy of Arts and Letters Award, Drama Desk Award, John Gassner Outer Critics Award, the New York Drama Critics Circle Award, and The Elizabeth Hull-Kate Warriner Drama Guild Award. Over time he has increasingly devoted himself to writing fiction with three novels: Recital of the Dog, Dinosaurs on the Roof, Girl by the Road at Night, and a book of stories, A Primitive Heart. In recent years, he has had stories published in The New Yorker magazine and at Narrative online. David Rabe currently lives in Lakeville, CT. His three children are Jason, Lily, and Michael.