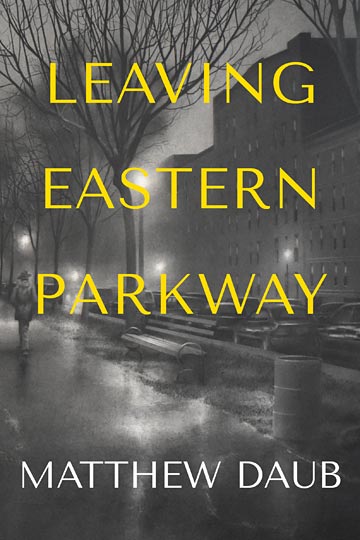 Brooklyn’s Hasidic community of Lubavitchers is turned upside down when family tragedy strikes and everyday life changes forever in the life of Zev Altshul. He is first placed into the care of the closed and close-knit community where he grew up, but soon realizes he can’t stay. His saving grace is handball; it’s his gift from God, and the one thing he can rely on as he is shuttled, chased, and abandoned by trusted elders, family, and friends. Even as Zev never fully escapes from the guilt of his choices, he sets course across the United States to discover where loyalty really lies and what it means.  He seeks out his long-lost sister, only to find himself as unprepared for life outside the Lubavitcher community as he was unwilling to remain. Forced out of his second home, Zev plays handball to support himself in the goyische world, but obligations he doesn’t fully understand still tie him to Crown Heights and follow him to Chicago and New Mexico threatening always to return Zev to life among the Lubavitchers. Lyrical, vivid, and thoroughly engaging, this is certainly among the first novels of its kind.

Zev’s story is filled with memorable characters and hard-won wisdom, and the Yiddish and Hebrew that appear throughout lend authenticity. (A glossary will help those who don’t know a mitzvah from a mikvah.) It adds up to a surprisingly universal coming-of-age novel about being true to oneself in a world that demands otherwise.
—Publishers Weekly

What a wonderful, evocative, gripping book – it reminds me of the thrill I had when I read Potok novels many years ago!
—Jeremy Dauber, Professor, Columbia University; and author of Jewish Comedy: A Serious History

Leaving Eastern Parkway is an authentic look at the joys and failings of insular religious culture as well as a trenchant depiction of the mind of a teenage boy dealing with trauma and dramatic change. When you enter the world created by Daub, you are transfixed. When you leave, you are wiser for the experience.
—Stuart Rojstaczer, author of The Mathematician’s Shiva 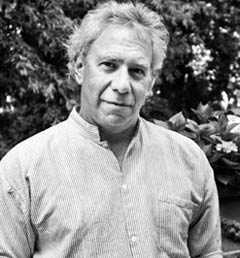 Matthew Daub is an artist and writer. His career as a visual artist has spanned more than four decades. His watercolor paintings and drawings have been widely exhibited at galleries and museums throughout the United States, including numerous invitational exhibitions at institutions such as The Metropolitan Museum of Art, The American Academy of Arts and Letters, and The National Academy of Design. In 1991 The Metropolitan Museum featured a Daub watercolor in their annual engagement calendar, American Watercolors.

He has written dozens of articles for nationally distributed art magazines as well as a monograph on the artist, Carolyn Plochmann. Matthew retired after 32 years as a university art professor to devote full-time to his writing. Leaving Eastern Parkway is Matthew Daub’s first novel.