This dark, propulsive novel, the crowning masterwork by the 92-year-old Caldwell, takes place during 1992, when AIDS was still an incurable scourge and death casualties were every day events. One cold winter night, when the artist, Dempsey Coates, is on the way home to her loft, she encounters a several alarm blaze, water jetting every which way from hydrants and ends up offering several fireman a place to get warm. One of them is Johnny Donegan, a passionate lad who falls madly in love with her and is determined, through prayer and sheer perseverance, to make a life with Dempsey that will be unimpeded by the specter of her illness. But when the couple is finally blessed with an unexpected stroke of good luck, this very twist of fate that promises an enduring future ends up coming between them in a very tragic and unforeseen way. 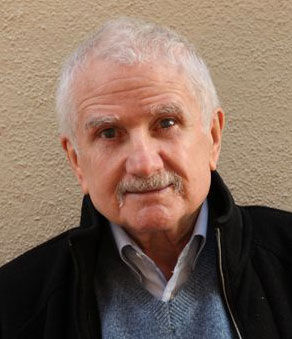 Joseph Caldwell is an acclaimed playwright and novelist who was awarded the Rome Prize for Literature by the American Academy of Arts and Letters. He is the author of five novels in addition to The Pig Trilogy, a humorous mystery series featuring a crime-solving pig. His most recent memoir, In the Shadow of the Bridge, was published by Delphinium in 2019. Caldwell lives in New York City.