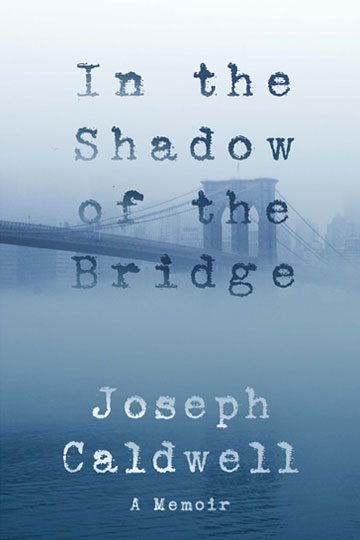 The bohemian, free-spirited existence that blessed many of Manhattan’s gifted artists and writers in the nineteen fifties and sixties has, with current skyrocketing rents and the high-income requirements of basic living, been nearly extinguished. And only for the likes of an astute observer such as Joseph Caldwell, perhaps be almost forgotten. In his charming, brutally candid memoir, the author describes his tenure working at WQXR, the venerated classical music station, marching in civil protests and being arrested, his accomplished acquaintances, all of it part of the libertine life of a young gay man who becomes a noted playwright and novelist and Rome Prize winner. But then the mantle of the AIDS epidemic falls heavily on the city and exultation in free love and sex is replaced by unrelenting fear. In a twist of fate, a quixotic love that plagues Caldwell his entire life gives him one last chance at a relationship but in a completely unexpected and tragic ways. This memoir is an important chronicle of the changing tide of artistic and gay life in New York City in the shadow of the plague years.

Advance Praise for In the Shadow of the Bridge

Caldwell writes with enormous compassion about his adventures as a young writer in New York finding a community of artists and other gay men and the importance of his family and his faith. Filled with charm and wit, at times Caldwell is brilliantly biting and then equally tender. His is a human story, a story of the intersection of faith and the heart. Caldwell brings us through the Gay revolution and into the AIDS crisis with a tenderness and honesty, exploring the big questions, how does one make a life for themselves, live in a community care for others. Joseph Caldwell, in life and on the page, does all of the above with an abundance of wit and grace.
― A.M. Homes, author of Days of Awe

Joseph Caldwell’s new memoir, in the shadow of the bridge, is an engaging and moving testament to half a century in the life of a man and a city. Caldwell’s unadorned prose beautifully reflects the people, places, and events he has encountered, and his intimate portrait of gay life in New York City before Stonewall is an important addition to LGBTQ history. Caldwell is a compassionate and accomplished storyteller, and his memoir of a life well and fully lived is a book to treasure.
― Peter Cameron, author of Someday This Pain Will be Useful to You