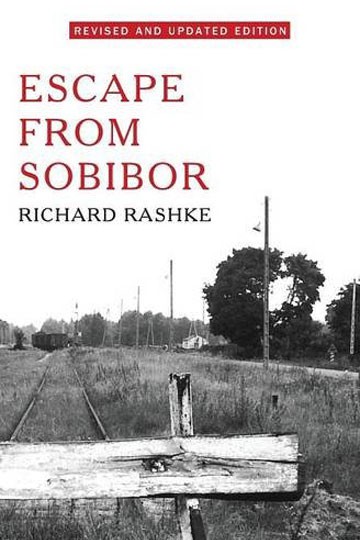 See the great reviews for Sobibor on GoodReads.com

Poignant in its honesty and grim in details, Escape from Sobibor provides a vivid account of the biggest escape from a Nazi extermination camp during World War II.

Information on the Sobibor concentration camp was sketchy at best until Rashke tracked down and interviewed as many of the survivors as possible. The result is “the first reliable history of this camp. A well-researched and well-written work
― Library Journal

Breathtakingly suspenseful and horrifying at the same time
― Publishers Weekly

Escape From Sobibor was made into an award-winning CBS three hour movie special.

RICHARD RASHKE is a lecturer and author of non-fiction books including The Killing of Karen Silkwood and USEFUL ENEMIES: John Demjanjuk and America’s Open Door Policy for Nazi War Criminals.. Rashke is featured in the award-winning international television series Nazi Hunters. His works have been translated into eleven languages and have been the subject of movies for screen and television.  A produced screenwriter and playwright, his work has appeared on network television and off-Broadway.  He is also an alto sax player and composer.  His latest composition, Crane Wife, a family musical based on a Japanese folktale, was performed at the Kennedy Center, and his play, Dear Esther, based on a Sobibor prisoner, was the first play ever performed at the United States Holocaust Museum.   He lives in Washington, D.C.